AOMEI Backupper Professional 6 allows you to back up your files, folders, hard disk drives, partitions, dynamic volumes, applications, and system drives, and to restore them later if data loss occurs. This Backup & Restore software includes a disk imaging and cloning tool which can be used to create an exact image of your entire hard disk drive and operating system, to migrate to another hard drive if desired, for Windows 10, 8, 8.1, 7, XP, Vista, Windows Server 2003, 2008 (R2), 2012 (R2), 2016 and Windows Small Business Server 2011.

AOMEI Backupper Pro 6 is essential to make regular copies of your important data to ensure your data security. If your original data becomes corrupted by accident, you could recover it from the backup image file. AOMEI Backupper can back up files, folders, disks, partitions, volumes, applications, and system drives to a compressed image file.

The software supports 3 backup types: full backup, incremental backup, and differential backup – all of which can be scheduled to be carried out at times chosen by you. If you encounter unexpected problems, such as a system crash, data loss, disk corruption, or failure, you can easily recover all your data by restoring it to its original state from the backups. 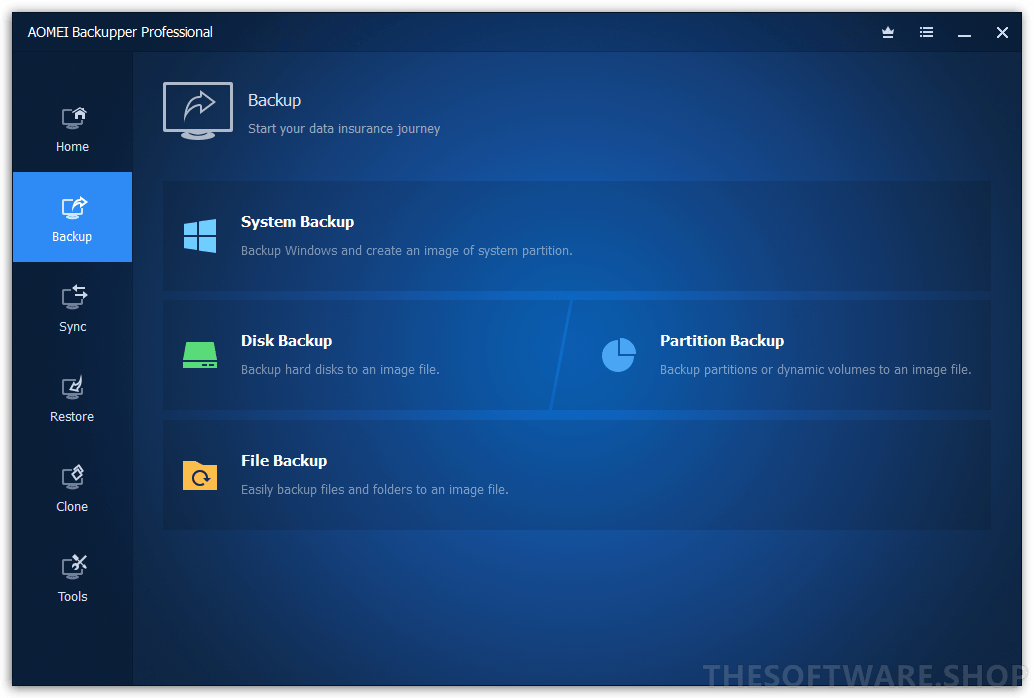 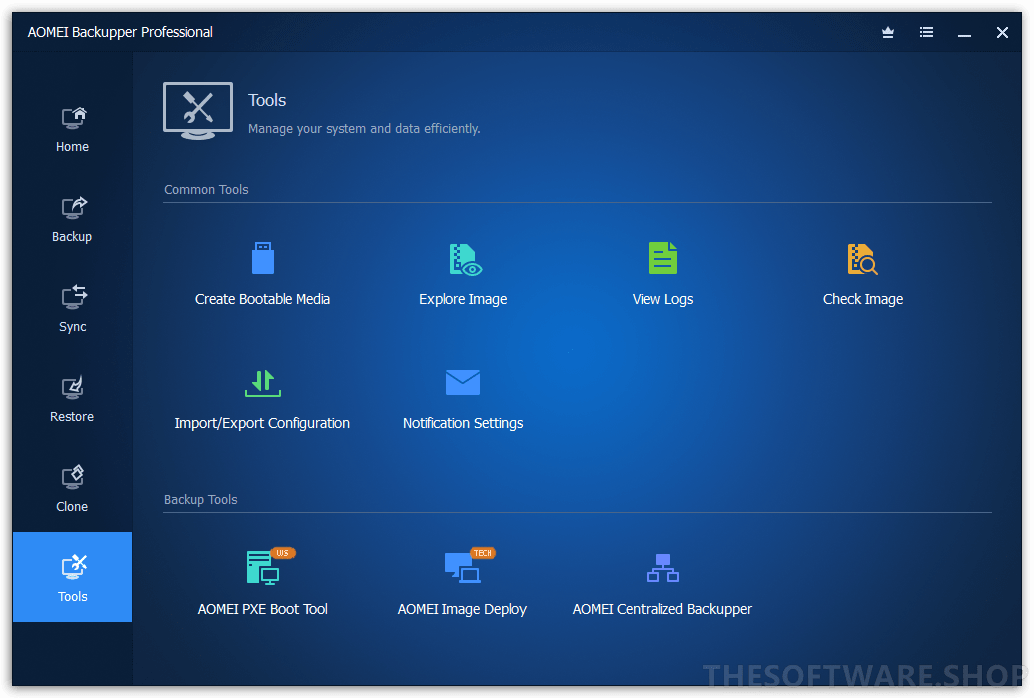 Version 6.8.0 (Released December 16, 2021)
Fixed issue: The network path fails to be accessed after successfully backing up to the network.

Fixed issue: A lag occurs when clicking the “Next” button in Create Bootable Media tool.

Fixed issue: Failed to create bootable media under some environments.

Fixed issue: BSOD occurred when cloning current system to another location on the same disk.

Fixed issue: The program crashes when cloning a disk larger than 2TB to another disk.

Version 6.7.0 (Released October 30, 2021)
+ Added an option on "System Clone": automatically add unallocated space to system partition to maximize the use of space on the target partition.
+ Added an option on "Disk Clone": the type of destination disk is the same as that of source disk by default.
+ Fixed issue: after system is cloned or restored to GPT disk, there are multiple Windows Boot Manager options in the BIOS boot menu.
+ Fixed issue: failed to create the recovery environment in some cases.

Version 6.5 (Released March 29, 2021)
+ Added “Create Portable Version” (only available in Technician and Technician Plus): copy AOMEI Backupper to a removable device so that directly run it on target computers without installing.
+ Added Automatic Shutdown after Scheduled Task: automatically shut down, restart, hibernate, or sleep your computer after a scheduled task has been completed.
+ Added an option on “Real-Time Sync”: sync the deletions in source directory to destination.
+ Fixed issue: the size of used space on EXFAT partition cannot be obtained correctly.
+ Fixed issue: the post-command failed to execute the shutdown command after back up.
+ Fixed issue: the synchronization task will automatically synchronize after installing the new version.
+ Fixed issue: when local files and network files are synchronized at the same time, the network file access failure will cause local file synchronization to fail.

Version 6.4 (Released January 28, 2021)
+ Added “Disk Wipe”: erase disks to permanently prevent sensitive data from being recovered and remove virus completely.
+ Added new language: Russian, Hungarian, and Arabic are now available. Learn how to change the language on AOMEI Backupper>>
+ Optimized the access of NAS/Share: accelerated the operation of editing Tasks and Schedule.
+ Optimized AOMEI Backupper startup speed under Windows PE.
+ Fixed issue: the “System protection” option is not available after installing AOMEI Backupper.
+ Fixed issue: the tray shows backup successfully when it actually fails.
+ Fixed issue: the mobile device is still been occupied after successfully backing up to it.

NOTE: This is only a 1-Time purchase without free major version (e.g. from 5.1 to 5.2 or higher) upgrade protection. You need to pay an additional fee to upgrade the current version to each later version in such a case.

NOTE: This is only a 1-Time purchase without free major version (e.g. from 6.1 to 6.2 or higher) upgrade protection. You need to pay an additional fee to upgrade the current version to each later version in such a case.

Simple, easy to use, and continuous backup of all your files to external drives or network locations. Get your Genie ...
$11.99 BUY NOW
Read full review
9.5

Update Your PC Drivers to Keep your computer stable and performing. Get the DriverMax PRO 14 License key for ...
$29.80 BUY NOW
Read full review
9

Please note that once you have signed in, do not close this page. You will be shown how to get this offer for free.

Please Report if AOMEI Backupper Professional Deal/Discount Coupon/Giveaway has a problem such as expired, broken link, sold out, etc.

Up to 90% Off: O&O Defrag 25 Professional Edition – Lifetime License – Optimize Windows Quick and Easy – for Windows

Free E-Book of the Week