AOMEI Backupper Professional 6 allows you to back up your files, folders, hard disk drives, partitions, dynamic volumes, applications and system drives, and to restore them later if data loss occurs. This Backup & Restore software includes a disk imaging and cloning tool which can be used to create an exact image of your entire hard disk drive and operating system, to migrate to another hard drive if desired, for Windows 10, 8, 8.1, 7, XP, Vista, Windows Server 2003, 2008 (R2), 2012 (R2), 2016 and Windows Small Business Server 2011.

AOMEI Backupper Pro 6 is essential to make regular copies of your important data to ensure your data security. If your original data becomes corrupted by accident, you could recover it from the backup image file. AOMEI Backupper can back up files, folders, disks, partitions, volumes, applications, and system drives to a compressed image file.

The software supports 3 backup types: full backup, incremental backup, and differential backup – all of which can be scheduled to be carried out at times chosen by you. If you encounter unexpected problems, such as a system crash, data loss, disk corruption or failure, you can easily recover all your data by restoring it to its original state from the backups.

NOTE: This is only a 1-Time purchase without free major version (e.g. from 5.1 to 5.2 or higher) upgrade protection. You need to pay an additional fee to upgrade the current version to each later version in such a case.

NOTE: This is only a 1-Time purchase without free major version (e.g. from 6.1 to 6.2 or higher) upgrade protection. You need to pay an additional fee to upgrade the current version to each later version in such a case.

Simple, easy to use, and continuous backup of all your files to external drives or network locations. Get your Genie ...
$29.97 BUY NOW
Read full review
9.5

Please Report if AOMEI Backupper Professional Deal/Discount Coupon/Giveaway has a problem such as expired, broken link, sold out, etc.

Up to 85% OFF: O&O Defrag 25 Professional Edition (Lifetime License) – Optimize Windows Quick and Easy – for Windows

Special Offers: Audials software only for $9.90 or Up to 75% Discount! 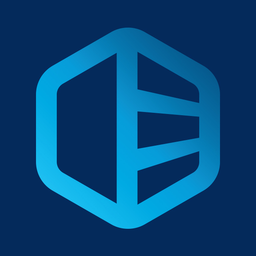 60% Off on System Mechanic Ultimate Defense