Become The Witcher, Geralt of Rivia, a legendary monster slayer caught in a web of intrigue woven by forces vying for control of the world. Get The Witcher: Enhanced Edition – full version for free now!

The Witcher: Enhanced Edition Review at a Glance

Become The Witcher, Geralt of Rivia, a legendary monster slayer caught in a web of intrigue woven by forces vying for control of the world. Make difficult decisions and live with the consequences in a game that will immerse you in an extraordinary tale like no other.

Representing the pinnacle of storytelling in role-playing games, The Witcher: Enhanced Edition shatters the line between good and evil in a world where moral ambiguity reigns. The Witcher emphasizes story and character development in a vibrant world while incorporating tactically-deep real-time combat like no game before it.

The Witcher: Enhanced Edition takes all of the acclaimed gameplay that garnered the original game more than 90 awards, and perfects it with a number of gameplay and technical improvements.

To run The Witcher: Enhanced Edition with optimum reliability and performance, your system should match the following minimum requirements:

A voice chat tool that changes your voice to various character voices, both male and female, for play in online games. ...
$17.97 BUY NOW
Read full review
9

Easily capture your own game video with HD resolution! Get Gecata by Movavi license key with a discount coupon code and ...
$22.60 BUY NOW
Read full review
10

The Witcher: Enhanced Edition Giveaway is available now for a limited time!

NOTE:
– All prices shown here are in listed USD (United States Dollar). Your local currency will be converted automatically, You can also switch to any other currencies during the checkout process.
– The discount coupon & your local VAT (Value added tax – if available, vary by country) will be applied at checkout automatically.

What are their users saying about The Witcher: Enhanced Edition? Why they loved it?

The game takes a while to get going, but when it does get going it keeps getting better. This is clear in the combat, at first it’s very awkward but by the end of the game when you are used to it and there are more moves unlocked it can be a lot of fun.

It took me more then 3 years to actually get the motivation to attempt to finish it, because I kept getting detracted. I’m glad I took the time to finish it this time, now it’s one of my favorite games.

It is also clear that the developers were motivated to make this game as good as they could at the time with the release of the enhanced edition. They took the time to continue development of the game for a year after the initial release. They listened to the players and made changes that players wanted. I’ve never heard of another developer going to these lengths to improve a game. This was a release from a small unknown developer that showed that dedication to quality can pay off in the long run.

Stormy2021x
The Witcher isn’t quite a masterpiece but it gets close. The Enhanced Edition was a big improvement on the game that was originally released, but there are still a few irritations. Thankfully, these are few and far between, and the positives vastly outweigh the negatives.

First off, the story is strong and gets better as it progresses. There is political intrigue, mystery and the choice is up to you which side you pick. Each chapter has a mostly self-contained storyline, but the decisions you make all culminate at the end of the game. Also, you don’t often see the results of what you did until later on. The visuals are amazing, prepare to be blown away when you see Kaer Morhen or the Lakeside.

The bad things about the game would be conversations which didn’t translate too well. This makes the dialogue a bit awkward and forced. You could be speaking to someone, and then suddenly Geralt or the other person says ‘Bye’ and it ends. There isn’t always a natural flow in conversations, which is a shame because it tears you out of the narrative. Also, some of the voice acting is bad, but this is to be expected since CDProjekt can’t really afford to hire tons of professional voice actors.

It would be unfair of me to penalise the rating of this game for these two points, because the rest of the game is so good. CDProjekt are proudly flying the flag of the true role-playing game, where choices have consequences and you shape the path of the character.

Matt7895
The one flaw I can see about Witcher is that it was a bit hard to get into. In retrospect that is mostly because games nowadays are too stupid, and has made me too stupid. It took me 3 tries to get started for real, but when the ball started rolling there was no going back.

The story is very good, and made perfect by the decisions and consequences you face afterwards. This is probably the main pull of the game.
Other than that it has got a decent fighting system, a good crafting system for alchemy, the best mini-collectible game since the dawn of time (lady-conquest-cards I’m looking at you 😀 ) and just…too much to list.

Do yourself a favor and buy this game. I will, for the second time in my life, on GoG. Thanks for a great game CD Project. You even made me preorder the sequel. I cant wait! 😀

berkvt
Honestly, I couldn’t get enough of this game when I first bought it. It was dark, gritty – adult; which is something the games I was playing at the time weren’t. It had a unique combat system, a fantastic magic system and the story, what a tale. If I hadn’t lost my CDs (and access to a PC) I would still be playing this game. Yes, it’s that good.
Do yourself a favour, skip the slice of pizza at lunch and buy this game. It is exponentially more rewarding, and you will thank me and every other reviewer out there.
Cheers,
Chris

chesteria
It doesnt have the best fighting system, it doesnt have team management or companions, it doesnt have the best graphics, it is quite linear (compared to morrowind or BG2, for example), no classes, races or even gender to choose from and that takes out quite a lot replayable value, it doesnt have ranged combat other than signals… i could go on quite some more lines talking about its lacks or problems.
But i wont, because in spite of all those things, it is the best RPG of the last 5 years. Its mature, funny, compelling, challenging, entertaining, it has great characters and dialogues, enjoyable missions, a great advancement system, freedom to solve some missions in different ways, it is much longer than what is usual these days, and finally, it has an incredible end cinematic.
If you like RPGs and you like adult and mature stories, or if you’ve read the books, this game and you are on an unavoidable crashing course. the sooner you face it, the better.

97% Off Kingslayer Bundle 2 – The legend has returned… all hail the Kingslayer!

86% Off Tomb Raider GOTY Bundle: A Package of the Base Game and 21 DLC for Single-Player & Online Multi-player 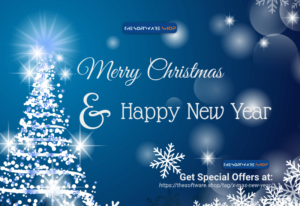